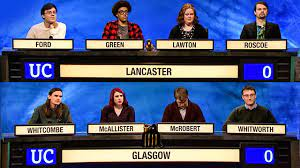 Interesting facts about University Challenge can be found in this article. The very popular academic quiz, held by Jeremy Paxman, actually asks a series of extremely difficult and specifically relevant questions which require a thorough and varied knowledge in order to answer correctly. The teams of the quiz are two teams of four,  who normally represent either a single university or in the case of international students, the college they belong to. 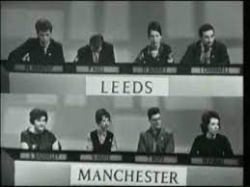 The show is one of the longest running quiz shows on television and regularly see’s the public feeling good if they;ve managed to answer a question or two in any given episode. it really is that hard. The winners are usually an Oxford or Cambridge entrant but as this where the best minds in the country are supposed to go it’s probably not much of a surprise. There was one memorable protest at this ‘Oxbridge weighting’ by the University of Manchester. They answered “Che Guevara” or “Karl Marx” to every question. Surprise to say they didn’t win but they did annoy Paxman so there was at least one positive.

The show has run since 1962, originally on the ITV network before being reinvented by the BBC where it continues to this day. Unusually it has only ever had two presenters in the shape of Bamber Gascoigne and now Jeremy Paxman, or Jezzer as he hates to be called by the students.  You need a decent reception to see it and that is where these TV Aerial Repair Bristol experts at Aerial Installations Bristol way come on.