One of Ireland’s most celebrated tales. 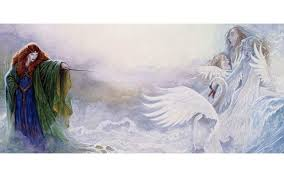 The country of Ireland has some of the most colourful and exotic tales ever. Many of them centre around the exploits and adventures of the Tuatha De Danann, the Gods who walked the earth and then left to live in the realms below.  The stories start to cross over and be connected to the coming of the Gaels from Scotland to settle and the arrival of St Patrick to spread the word of Christianity. The effects of the stories and Patrick are told around the world and this is why we all like to celebrate and receive St Patricks Day Gifts. Here is one of the ancient tales that are told. 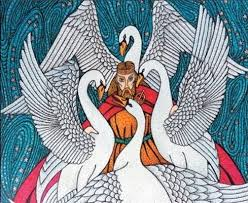 This tale gives roots to many others around the world. Lir was a good and noble king with several children. He was happily married until his Queen succumbed to a sickness. Lir was distraight but he was also concerned for his children not having a Mother to care for them. Lir loved his children dearly and this was love returned. He resolved to marry again and so he did. His new wife Aoife, a sorceress, grew jealous. She could not bring herself to kill the children but turned them into beautiful swans instead. 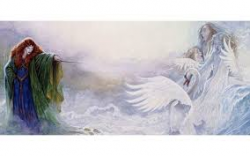 In some endings Lir finds his children and upon realising that he cannot change them back he becomes a swan himself. In others he lives and cares for them ordering that no Swan be killed in his realm. However another ending has St Partick lift the curse but the children and now old and ask to be baptised so that they can be buried together.