The life and times of Charles Goodyear 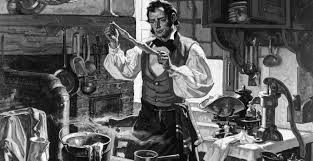 Charles Goodyear is a name that many people are aware of thanks to his accidental discovery resulting in the mass production of tyres. Along with other inventions and process such as

Rubber Injection Moulding it has revolutionised the way in which we use rubber as a material.

Charles was born in 1880 in New Haven,  Connecticut, USA. He worked for most of his young life in his Dad’s hardware business and he was always fascinated by the ways in which things work. Following the bankruptcy of his dad’s business in 1830 Charles began to look at the ways in which the adhesiveness and general strength of rubber was affected by extremes of temperature. He carried on his studies for nearly ten years when a fortuitous accident, where he dropped some rubber that had been mixed with sulphur onto a hot stove, led to the discovery of the process of vulcanisation.

He was granted a patent in 1844 but faced many years of legal battles and issues with the vulcanisation process. ALthough his discovery changed the way in which rubber was used, particularly for tyres Charles Goodyear did not see the rewards of his work and in December 1855 he was imprisoned in Paris for debt and died in 1860 with $200,000 worth of debts.