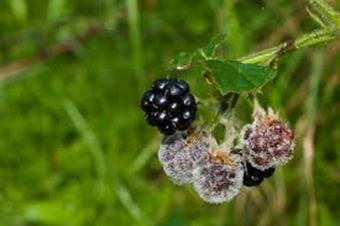 The chill in the air has arrived and the days are getting shorter – it must be autumn! There are lots of fun things to look forward to at this time of the year – pumpkin carving, updating your wardrobe with men’s designer t shirts for the new season, enjoying a woodland walk, and of course – blackberry picking!

Picking blackberries is a favourite autumn activity for both young and old, and you get to then enjoy the delicious fruits in jams and crumbles. But how many of these blackberry-based folklore tales were you aware of?

Belleraphon was a Greek hero who was stopped by the humble blackberry bush. When he rode Pegasus to Mount Olympus, he was thrown into the brambles and then blinded by the thorns. He then spent the rest of his days wandering blind and alone.

Michaelmas day is believed to be the day that you should stop picking blackberries in many parts of the UK. It is said that when the devil fell from heaven, he fell into a blackberry bush. Angered by his fall, he peed on all of the blackberries after this date, causing them to spoil.

Not so much of folklore, but a fact – during the Civil War truces were regularly called and fighting was stopped as the soldiers picked blackberries, as they believed them to be a cure for dysentery.